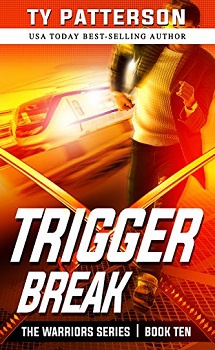 Zeb Carter’s enemies call him fate. The yakuza write their own destiny. Now, he’s going against them. Fate vs Destiny.

The first woman was reaching out to U.S. Special Forces operative Zeb Carter for help, when she is killed. She turns out to be the daughter of the head of an intelligence chief.

As Zeb swings into action, another woman, the daughter of another intelligence chief is killed. It is obvious that the intelligence agencies of the world are under attack, and Zeb goes on the hunt. It is a trail that takes him from New York to Los Angeles, and from London to Tokyo, battling Vietnamese killers and motorcycle gangs.

In Japan he comes across the yakuza, the most dangerous enemy he has ever faced. They are hatching a plan. One that will have a devastating effect on Japan and USA. Zeb is an experienced operative. He has come through multiple missions. The yakuza are a different proposition, however. They are masters of survival, and war is their business. Zeb is in their backyard and has walked right into their trap.