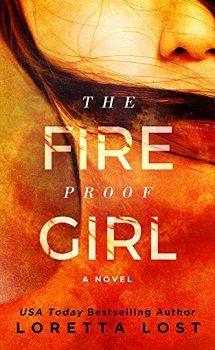 The Fireproof Girl by Loretta Lost

Sophie was abandoned at birth and grew up neglected and abused. Her only friends were computers, until she met Cole Hunter. He became her everything: brother, protector, and partner in crime.

She believed that nothing could ever tear them apart. Until it did.

Years later, when news of Cole’s murder reaches Sophie, she completely snaps. She will tear down heaven and earth to find his killer, even enlisting the help of her ex-military ex-boyfriend. But the more she gets involved with the investigation, the more she puts herself at risk…