Skip to content
Book – The Recollections Of Rifleman Harris 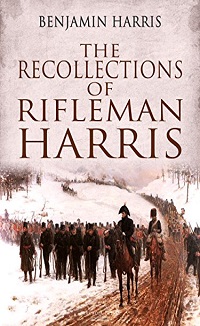 The Recollections Of Rifleman Harris by Benjamin Harris

The Recollections of Rifleman Harris is a memoir published in 1848 of the experiences of an enlisted soldier in the 95th Regiment of Foot in the British Army during the Napoleonic Wars.

The eponymous soldier was Benjamin Randell Harris, a private who joined the regiment in 1803 and served in many of the early campaigns in the Peninsula War. In the mid-1830s, Harris was working as a cobbler in London when he met an acquaintance, Captain Henry Curling, who asked him to dictate an account of his experiences of army life.

This account was then held by Curling until 1848, when he succeeded in getting the manuscript published, preserving one of the very few surviving accounts of military service in this era from a private soldier.