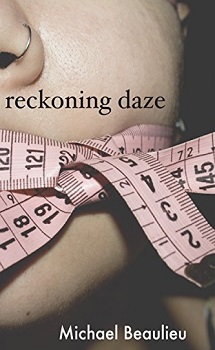 Lindsay, 19, a former star of a critically acclaimed but canceled series, is now doing a pilot that might prove to be the role of a lifetime, but her anorexia and other habits could kill her before she’s cast for the full series.

Although she has long been self-destructive, she’s never been more so than now, making her a threat to herself and others. Aside from losing the show she loved, she thought she had found her soulmate in a rising music star named Jesse, but he committed suicide and she blames herself.

Will she land the new series and allow herself to find love again with an actor named Marc or will addictions – and suppressed family secrets – make her die hard?

While Lindsay’s demons are portrayed with unflinching honesty, the way she views Los Angeles and the business is often comical. If you like Bret Easton Ellis and Chuck Palahniuk, you’ll find Reckoning Daze’s blend of high drama and satire to be a perfect mix of laughs and suspense. Get it today and find out whether or not Lindsay’s dreams come true.