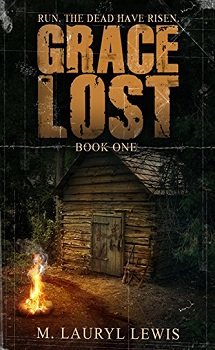 Zoe’s been on her own since she was a teenager, when tragedy took her family. Living in a remote small town, she withdrew from society. Her longtime friend, Adam Boggs, left her even more broken when he left for college and cut off communication. When he’s back in town for a visit, they attempt to reconcile. The next morning brings an end to life as they knew it.

Fleeing for safety, they soon cross paths with other survivors. It doesn’t take long until they realize that the dead are not the only things to fear. While the world is taken over by the dead, Zoe and Boggs are brought together in a heated romance that neither expect. Things get even more complicated when Zoe finds herself cursed with a mental link to the dead. Their lives become all about surviving, coping, and loving each other.