Skip to content
Book – The Girl With The Gun 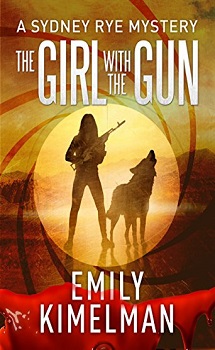 The Girl With The Gun by Emily Kimelman

When international fugitive Sydney Rye turns herself over to authorities in order to protect the vigilante network she inspired, her freedom depends on helping Homeland Security shift the tides in a war for “hearts and minds.”

Sydney Rye is tasked with the perfect assignment; recruit female fighters to take on jihadists. Being killed by a woman is the only thing the extremists fear because they believe it bars their entrance to Heaven. But when the director who enlisted Sydney Rye is killed, and the deal she made is scrapped, Sydney and Blue are left in a war zone, hunted by both the U.S. government and jihadists.