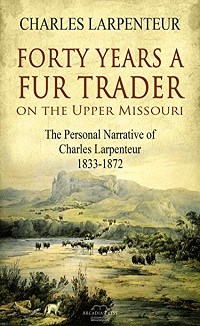 Charles Larpenteur, born 1803, died 1872, was an American fur trader, whose memoir and diary frequently have been used as a source to fur trade history.

During his forty years in the fur trade Larpenteur diligently kept a diary, using it as a source to complement his memory when he wrote his memoir. Unable to finance publication of the memoir, he sent the manuscript to Washington Matthews, a U.S. Army surgeon he had learned to know at Fort Buford. At the end of the century, Matthews transferred the manuscript to Elliott Coues, a brother officer in the Medical Corps; a version was hence published in 1898.