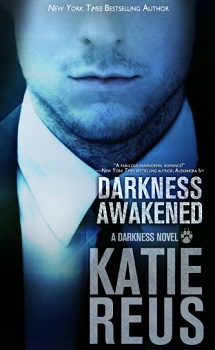 As leader of one of the fiercest werewolf packs in the south, Finn Stavros is in full battle mode 24/7. He has no choice – he’s one of the few beings strong enough to fight the Akkadian demons, whose mysterious escape from hell threatens the entire world.

With the battle turning bloodier by the second, Finn is ready for anything…until his vampire long lost love shows up on his doorstep in desperate need of his help, sending his heart into a tailspin. He agrees to help her, unaware that she carries a shocking secret that will turn his life upside down.

This time, he’s not letting her go…

Vampire Lyra Marius curses the day she met Finn. The ruthless werewolf promised to love her forever, but he rejected her instead –
before she could share her life altering news. Pregnant, kicked out of her coven, and cast aside by the love of her life, Lyra struggled to raise their rare shifter-vampire daughter Vega alone among humans.

When the 16-year-old is kidnapped and used to fulfill a frightening prophecy, Lyra swallows her pride and turns to Finn for help. But how long can she fight her feelings for him and keep him from guessing the truth about who Vega really is? As they race against the clock to save their daughter, they must defeat the lethal threat imposed by demons infiltrating the human world and a hell gate that could not only reveal their existence to mankind, but destroy the world in the process