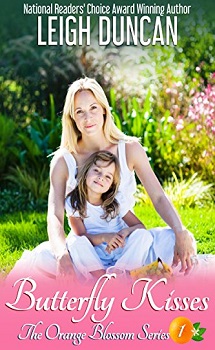 Selling the orange grove that’s been in her family for generations seems like the best way to pay for her daughter’s expensive medical treatments, things get complicated for single mom Justine Gale when she realizes her plan could hurt every resident of the small town that depends on Castle Grove to survive.

Justine Gale just got incredible news. The struggling single mom has inherited the flourishing citrus grove where she spent idyllic summers and formed lifelong friendships. Once on the fast track to success, Justine has recently learned her five-year-old daughter faces a lifetime of expensive medical treatments.

Treatments, she can’t afford. The decision to sell the land her family has owned for generations seems like the simple and smart way for Justine to provide for her daughter’s future. But when she returns to Orange Blossom, she quickly realizes her plans could hurt every resident of the small town that depends on Castle Grove to survive.

Justine’s dilemma is only complicated by Nate Rhodes, her first love and now Orange Blossom’s mayor, who stakes his own claim to the land she has inherited. He’ll do whatever it takes to stop her, even if it means losing the woman he loves…one more time.